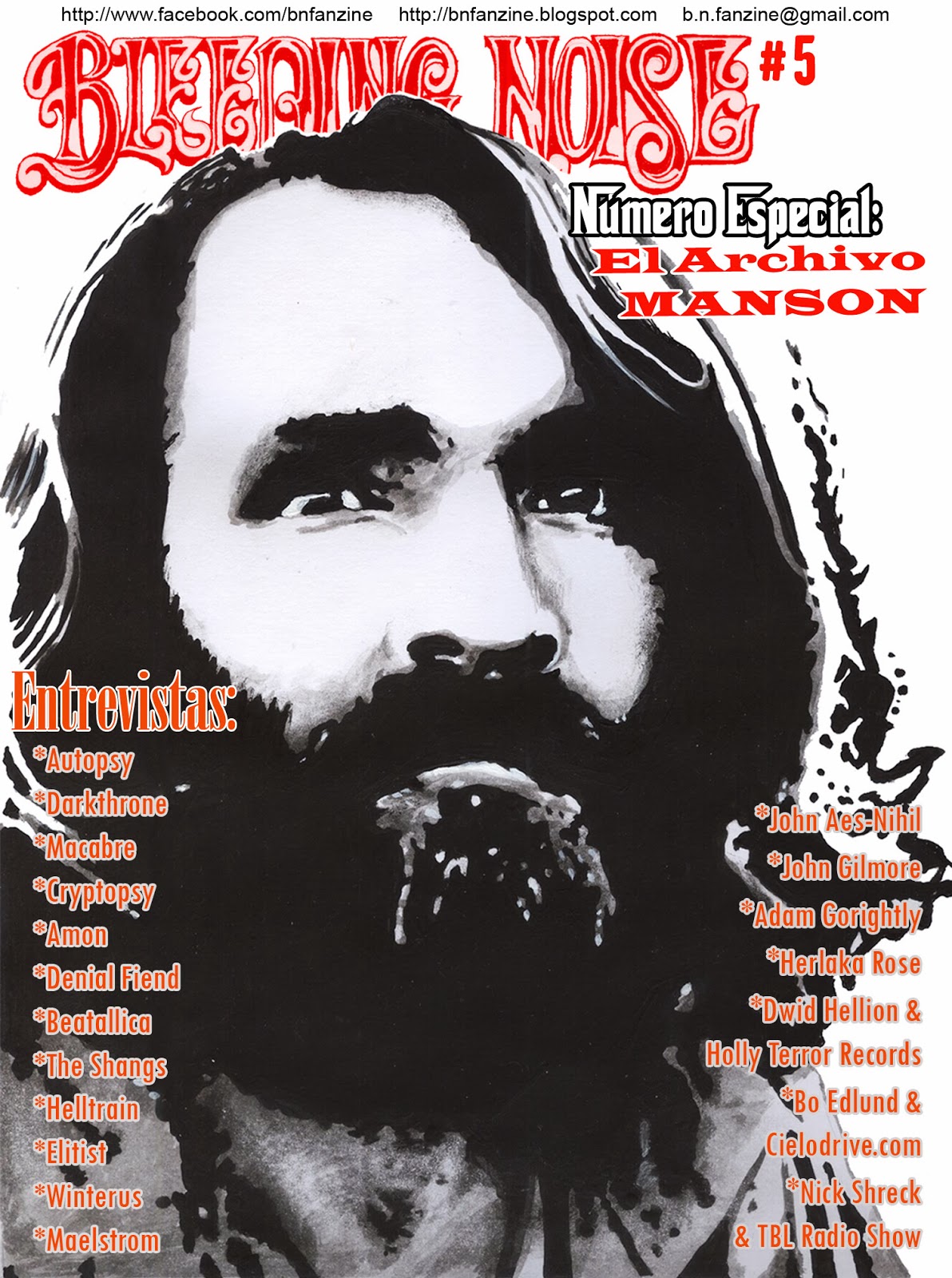 BLEEDING NOISE is a Xerox FANZINE from Colombia, South America. These guys are editing right now a special gigantic edition on the Manson phenomenon (over 200 pages) with plenty of different views on this always interesting topic, but for the very first time all that written in their  native Spanish language. Most of the information relate to notorious Tate-LaBianca case and the Manson phenomenon itself, but always alerting readers about lies presented in official Helter Skelter theorie, leaving behind all new relevant informations and evidences that came up to the surface in last few years, only because of those selfish interests of certain people in power. That’s why the main goal of the special issue on Charles Manson is to portrait most of the unknown facts or unalike faces of Charlie, besides “Manson the mass murderer”, Manson the criminal, and stupidest of it all - “Manson the serial killer”, which is so fuckin’ stupid that even goes beyond stupidity of Obama and Bush together. In this issue you will read of Manson as the political prisoner, the musician, the artist, the revolutionary through a variety of biographical chapters and a series of articles, reviews to the various cultural events in which the Manson phenomenon has been echoed.

In this issue you’ll read interviews with:
Autopsy, Darkthrone, Macabre, Cryptopsy, Amon, Denial Fiend, Beatallica, The Shangs, Helltrain, Elitist, Winterus, Maelstrom, plus an exclusive phone conversation between Manson himself and our collaborator friend, the hottest Herlaka Rose (Model, Journalist in Serial Killer Magazine & Beyond the Dark Horizon webzine) which is one of the many people who remained in contact with the old man through not a precisely low-priced phone calls from Corcoran Prison. Read also an in-depth interview with the main Manson Memorabilia collector ever, Mr John Aes-Nihil, auto declared as the lord of Aesthetic Nihilism, plus other mansonites like Dwid Hellion & Holy Terror Records, Bo Edlund & Cielodrive.com, writers John Gilmore, Adam Gorightly, and the Spanish transcriptions of Nikolas Schreck recent interview on Tate LaBianca Radio Show.

And finally but not last a detailed short biographical chapters on Roman Polanski and Sharon Tate plus plenty of movies and a lot of more stuff to come. For more info write to b.n.fanzine@gmail.com, visit our blog http//:bnfanzine.blogspot.com/ or support us by liking our facebook page https://www.facebook.com/bnfanzine.
Publicado por Jorge A. Trejos I. en 16:03 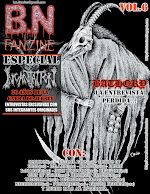 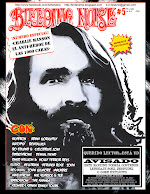 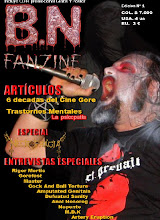 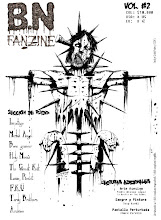 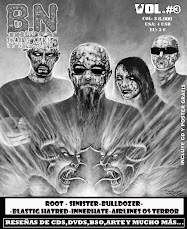 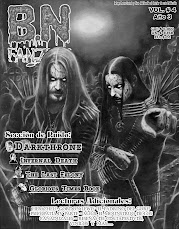